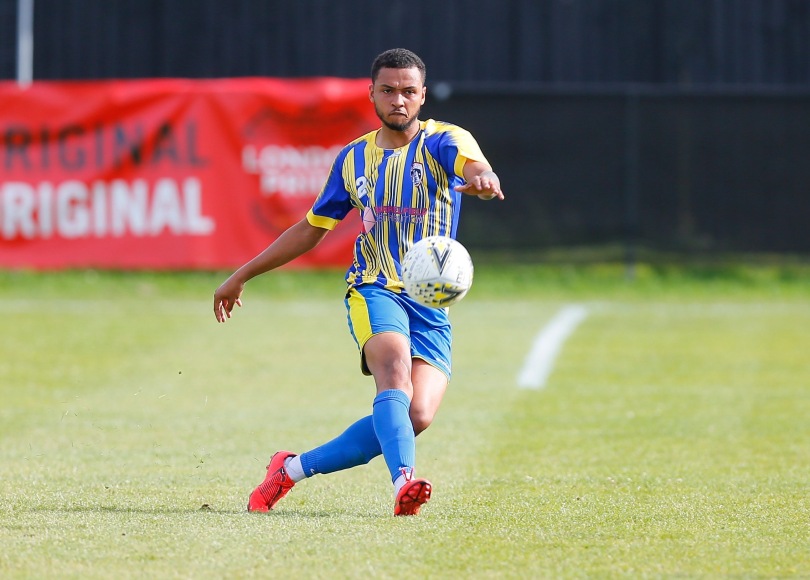 Guildford City’s interest in their first-ever Aldershot FA Senior Cup competition was short lived as they exited the tournament at its first stage last evening. The City side are short of confidence and on a poor run, but there was no doubting the football they were looking to play. There was plenty of possession and passing movements, but crucially not with a decisive final pass. Genuine attempts on goal were therefore limited, and City were twice made to pay for losing possession deep in their half. For the first half-hour chances at either end were limited, but it was Guildford who had the first clear opening. A defence-splitting Josh Everard pass saw Cyril Ocansey bear down on goal from the right side of the box. His shot from an acute angle was comfortably saved by the Alton keeper when Benga Ogunseye was better placed and free in the six yard box. As so often City were soon made to pay when a cross was whipped into the box and ex-City striker George Bowerman turned the ball home. As the half came to its end Ryan Dacres-Smith saw an effort go just wide, whilst a free-kick from Josh Ogunseye forced Alton’s Justin Courtnage into a flying save.

Guildford were very much in the game at the interval but on 53 minutes things became more difficult when Steve Black headed in a free-kick at the near post.  Guildford continued to enjoy possession but just couldn’t create a clear opening. On 65 minutes however they did get back into the game. Benga Ogunseye found space for a shot 35 yards from goal and he rifled a superb effort into the top corner. Now just one down there was a definite hint of a revival. But when the ball was lost deep in defence on 77 minutes the result was confirmed, and it was George Bowerman who again netted. With minutes remaining Wayne Ridgley saw a long range effort sail wide, whilst from a free-kick Billy Irving’s volley cleared the crossbar by inches. In stoppage time when Aaron Bufton headed the ball outside the box a resulting home side volley went wide, but a goal then would have put an unfair reflection on the final score.