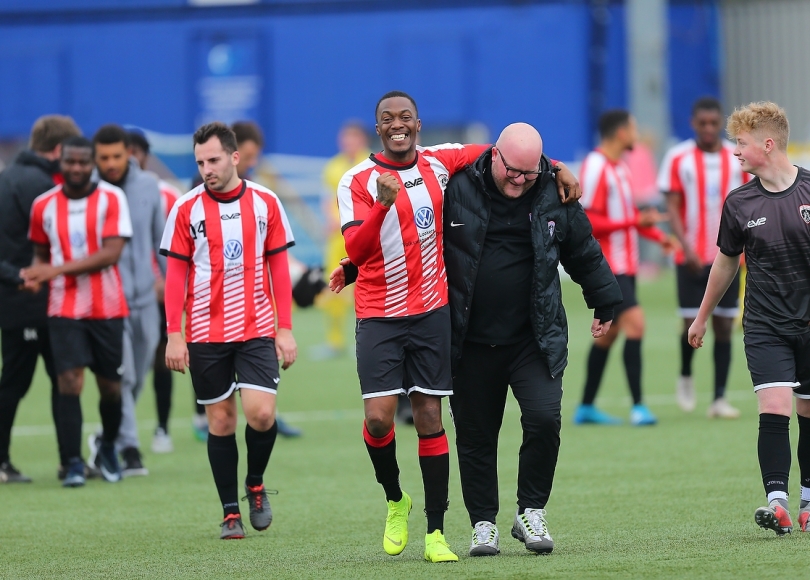 Those present at Gander Green Lane were treated to a real thriller when City defended like lions with 10 men after Dan Stewart was shown a red card after just 28 minutes. SCR dominated possession and territory throughout the match, but time after time they were left frustrated by a brilliant defensive effort. Granted City rode their luck at times and SCR will feel they should have taken something from the game. But there has been no doubting this season what gutsy performances the lads have turned out when the side are up against it. Whilst play was predominantly in Guildford’s half the visitors did show how dangerous they can be on the counter attack. Goals scored by Stefan Joseph (2), Benga Ogunseye (2).