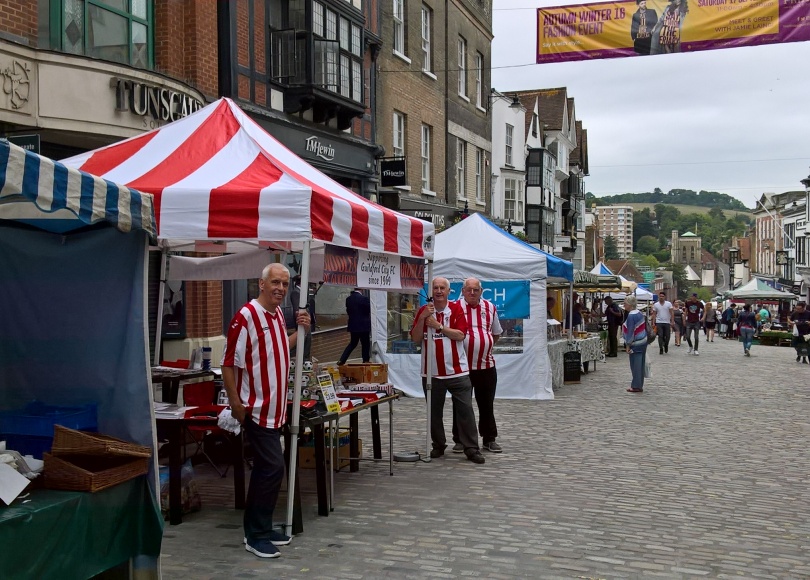 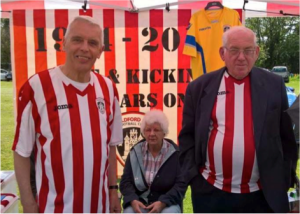 Guildford City Football Club are pleased to announce that for the first time our community stand will be present at this year’s Surrey County Show on 29 May. This is Surrey’s premier event and it is an excellent opportunity for the club to market itself to a wider audience. A big thank you is due to Biddles Stationers of Ward Street, Guildford who have supported the club’s stand for the County Show.

People often think that football clubs go into hibernation over the close season. But at Guildford City at least that is far from the truth. As well as planning pre-season training and the pre-season games, and working on new sponsorships, our Community team led by Alan Wyle have been preparing their summer roadshow.

On Tuesday 2 May the team of Alan, Brian Holt, Ray Langrish and Dennis May made their monthly appearance in Guildford town centre at the Farmers’ Market. Following on from that the Village Fete season opened when the team made its annual visit to the Compton Fete where the team were delighted to meet 90 year old Colin Semper who had been Guildford City’s club chaplain in the 1960’s, and had broadcast matches from Joseph’s Road to local hospital radio.

The rest of the Community team’s summer programme is as follows:

Watch out for our team over the summer and if you see them do come forward and say hello.