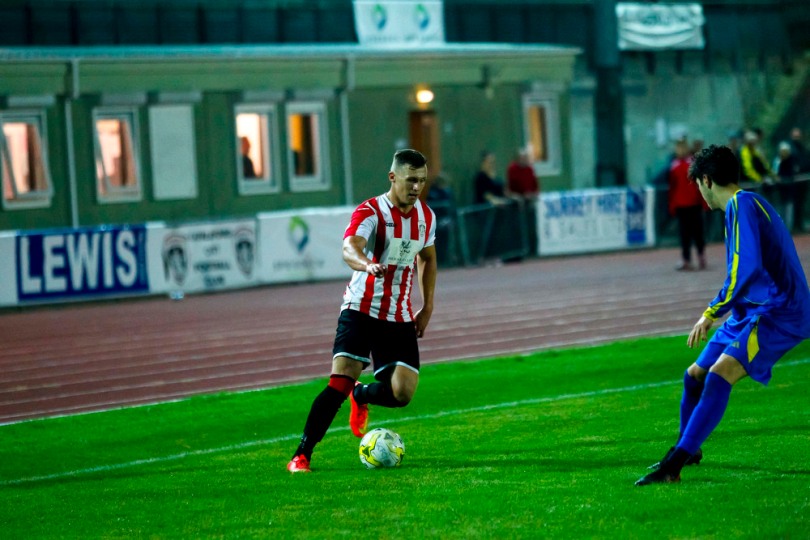 Support City at the Spectrum on Wednesday

On Wednesday 25 January this week we entertain (weather permitting) Raynes Park Vale at the Spectrum in the Quarter-Final of the Cherry Red Records Premier Challenge Cup, kick-off at 7.45pm. It has been some years since Guildford City last enjoyed a prolonged run in a cup competition, and with the support of the Sweeney and all of our supporters we can progress further in this competition. If you are an occasional spectator or have been thinking of coming down to a game then make it on Wednesday.  With a semi-Final spot at stake it’s unlikely to be a dull match!  Like City, Raynes Park haven’t been enjoying the best of seasons in the League this season, but they did earlier in the competition knock runaway league leaders Hartley Wintney out of the competition. A tough game is expected and the more support for the City the better.

Guildford City’s best run in the Cherry Red Records Premier Challenge Cup came in the 2011-12 season when wins against Hanworth Villa, Wembley and Badshot Lea saw City reach the semi-final stages. The semi-final saw us drawn away against newly crowned Division One Champions Guernsey. Because of a rugby match on the Guernsey pitch on the Saturday the match was arranged for a Friday evening. This was just 48 hours after City had faced a Wednesday league game against Croydon, and it also meant that several City players were unable to get time off to travel to the Channel Islands on a Friday afternoon. Whilst the team flew, the supporters travelled rather uncomfortably by ferry from Poole.  In front of a 1,758 crowd, club captain Simon Cooper scored twice direct from free-kicks in the first 11 minutes of the match. Austin Gacheru and Joel Hughes both saw efforts cleared off the goal-line in the first half and the phrase “if only” springs to mind. Perhaps predictably City tired in the second period and Guernsey pulled two goals back taking the match into extra-time. There was only going to be one winner in added time and Guernsey scored twice more to seal a place in the League Cup Final. Can City go one stage further this season?  Let’s all get behind the lads in an attempt to do so.