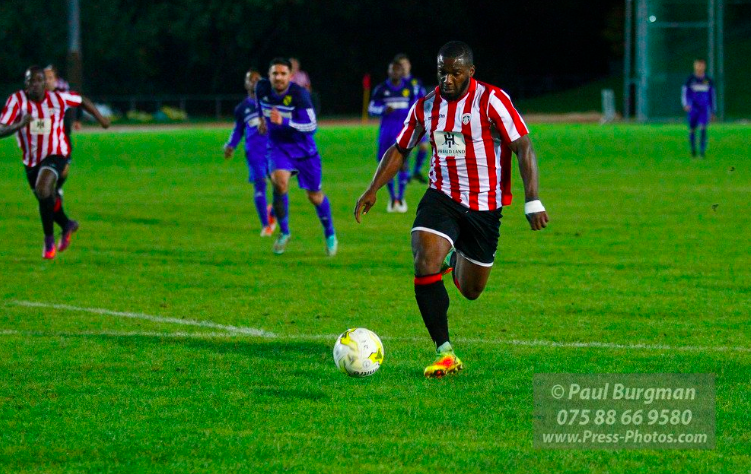 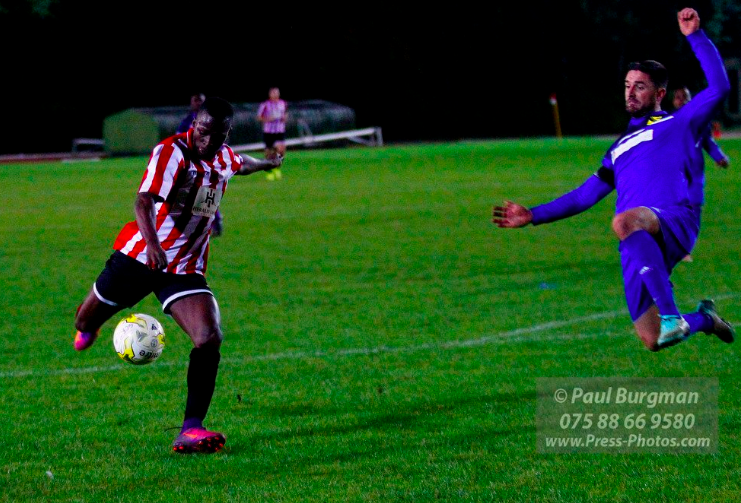 Guildford City extended their unbeaten run to seven matches at the Spectrum on Wednesday evening against a Westfield side sitting second in the league table. The visitors, who opened the season with ten consecutive wins, were in the opinion of the watching Sweeney the best side that has visited the Spectrum this season. Strong defensively and well organised, the visitors enjoyed more of the ball in what generally was a quiet opening period. Indeed the game developed like a game of chess! Clear chances on goal were at a premium throughout. Westfield pushed and probed against a Guildford defence, whilst as the second period developed City went forward relentlessly in grandmaster style. Westfield deservedly opening the scoring after 22 minutes when top scorer Max Blackmore was on hand to tuck the ball home from a rebound off Luke Badiali who had done well to save a long range effort. Although the visitors were the more fluent going forward it didn’t mean that City were barren in an attacking sense. From a corner Jason Thompson hooked goal ward forcing keeper Gary Ross into an acrobatic save. Then Bobby Dormer saw a header go wide from another corner, and in the minutes leading up to the break debutant Marion Embalo saw a powerful effort on goal deflected for a corner after a fine pass from Marcel Henry-Francis.

At the interval manager Steve Dormer chose to replace Henry-Francis, who was returning from a hamstring injury, with another debutant Jacob Lambe. Whilst spectators were still settling back into their seats after the break, Luke Badiali was twice called into action to stop City going further behind. Guildford’s defence though was standing up to the pressure well with Greg Haydon in particular making several vital challenges. On the hour substitute Shawn Clement-Peter was added to the fray and this coincided in City being much more of a threat offensively. Darryl Siaw became more prominent with challenging runs down the left flank, whilst Ibby Akanbi performed similarly on the other side of the pitch. It was never one way traffic and a startling run and shot by Aaron Wilson reminded everybody of the continued danger. As the ball flowed from end to end spaces began to develop in the middle of the park and Clement-Peter and Will Hoare became more influential. For all of this increased possession City were still largely unable to break down the Westfield defence. It shouldn’t really have come as too much of a surprise therefore when City’s goal when it came was finally scored courtesy of a spectacular own goal. It arrived after 74 minutes when another cross from Akanbi was met in the middle by Westfield’s Andre Scarlett who in trying to clear managed to thump the ball into his own net. Both sides caused moments of anxiety in the late stages but in the end each side will have been satisfied with a point apiece.