With their home and away record being as different as chalk and cheese, I suppose it should come as no surprise that Guildford City returned home from Winterfield Road pointless. Although not a spectacular home record, Guildford have gleaned 15 of their total of 18 points at the Spectrum and are unbeaten at home in their last four matches. Away though City have picked up just three points from one solitary win in 14 away trips.

To say that City don’t travel well would be an understatement. Ironically, in the first half at least, this was far from City’s worst display of the season. Paulton coming off a bad run themselves, but still sitting fourth in the table, had a territorial advantage in the first period but City by and large coped well.

On seven minutes indeed they had a good opportunity to open the scoring. Dom Ogun broke clear on the right and at the second attempt his low cross in the six yard box was inches away from being converted by Andy White.

On 13 minutes Guildford were forced into a reshuffle when skipper for the day Ben Rayner limped off after a heavy challenge. Joel Greaves, who had arrived late, entered the fray up front, and Sam Spencer dropped back into midfield.

On 18 minutes Paulton’s top scorer Brandon Barnes put his side ahead with a sweetly struck shot from the left edge of the box. City were a little unlucky as just prior to the goal the referee had missed the linesman signalling for offside high up the pitch. Instead City was awarded a throw deep in their half and when possession was lost Barnes was able to put the home side ahead.

In a rare foray forward Dom Ogun embarked upon a great run from the half way line which ended in a powerful shot comfortably saved. At the other end Antony Hall, equalling the club appearance record, was twice forced into action tipping over Dean Evans volley, and then tipping round a low effort from the same player.

Still in the game at the interval the last thing Guildford wanted was to concede at the opening of the second period. Predictably perhaps this is what happened and from that point this was going to be an uphill task. On 48 minutes Antony Hall brilliantly saved a powerful header but from the resulting corner the ball wasn’t cleared and Ryan Batten netted from close range amidst an almighty scramble.

At the other end Joel Greaves had a powerful effort on goal blocked on the edge of the box but despite a succession of free-kicks being fired into the danger area no headway was being made. The game was killed off on 78 minutes just has it had been at Cirencester, when Nick McCootie broke free despite looking several yards offside. McCootie calmly slotted into the corner and City’s frustration showed as both Elvis Defreitas and Antony Hall were shown yellow cards in the immediate aftermath of the goal.

As if to sum up the day Jack Guilford shot high and wide on 82 minutes and in the final minute the day was completed for Paulton when Mike Perrott tapped in the fourth following a brilliantly chipped effort that came back off the crossbar. 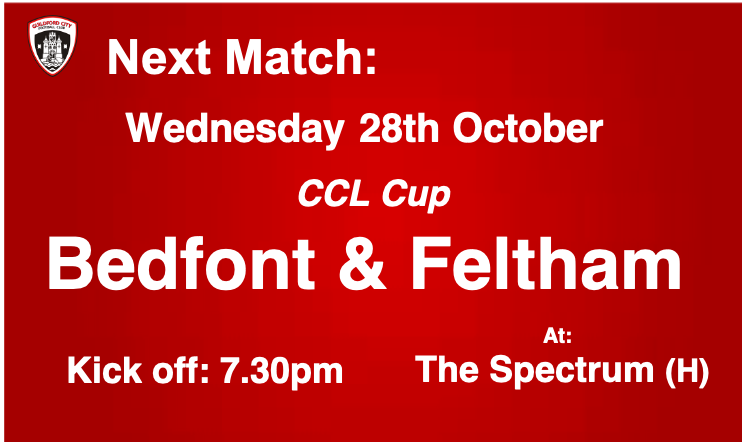